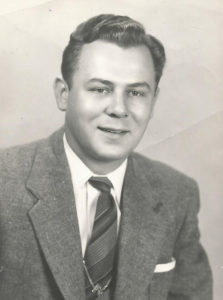 Our founder, D. C. Lewer, as a young agent for Southland Life in 1961, the year he was honored as the number-one producing life insurance agent in the United States.

In 1956, a 28-year-old entrepreneur D.C. “Chuck” Lewer had an idea that would help him provide for his growing family and would later develop into an international company.

Raised on a dairy farm in Wisconsin, D. C. Lewer knew about long days and hard work. At the age of 18, he ventured to California and discovered he had a talent for selling. Nine years later, D.C. moved to Fort Worth, Texas, with his wife, and found a job selling insurance as an agent for Southland Life Insurance Company.

The Rock Island Railroad provided D.C. with his first customers, but it was the oil industry that created his first account. One chapter of special importance in the Lewer Companies’ history occurred in 1961 when, after three years of monthly sales meetings in Houston, D.C. Lewer, at the age of 33, signed an agreement with the Continental Oil Company (Conoco), one of the largest petroleum companies in the country. Though he was, in fact, an unknown man doing business with a national giant, L. E. Barrett, who was Conoco’s Director of Human Resources, worked diligently to assist the young man from Fort Worth with the development of the Conoco Dealers’ Employee Benefits Plan.

The new Conoco plan was first introduced in the 11-state Rocky Mountain region. That summer, D.C. Lewer moved his family to Colorado, where he introduced the new plan to Conoco dealers in the Denver region. By fall, he returned to Fort Worth, where he continued to build his young company into a robust operation that would take the insurance industry by storm.

D. C. Lewer at the new The Lewer Agency’s headquarters in the Power & Light Building in downtown Kansas City circa 1965.

In 1961, he made the move to Kansas City to sign up Conoco dealers and fatefully decided to remain to be “as close to the Heart of America” as possible. Not long after, the young company was relocated to the Power & Light building in downtown Kansas City, and it was during this time that D.C. Lewer was honored by Insurance Salesman Magazine as the number-one producing life insurance agent in the United States.

D. C. Lewer circa 1978 after relocating his company to the Country Club Plaza in Kansas City.

Building on the trust of a growing clientele, the enrollment of Conoco’s dealers across the country became a full-time job for D. C. Lewer who was working night and day to keep up with his Conoco responsibilities. D. C. Lewer’s long and fondly regarded 11-year association with Southland Life came to an end so that he could focus on enrolling Conoco dealers into their new benefit program, while growing the Lewer Agency at the same time. And grow it did.

By 1969, The Lewer Agency had grown so large more office space became necessary. From the Power & Light building, The Lewer Agency was relocated to its current location on the Country Club Plaza in Kansas City. As the company continued to grow, it expanded into nearby buildings and now occupies four buildings on what is referred to as “Lewer Block.” The piece-by-piece apartment building acquisitions in the 1980s would eventually complete the Lewer Block.

Following D. C. Lewer’s retirement in 2004, his son Mike Lewer, assumed the position of CEO and President after 30 years of working in a variety of significant roles, both in the US and Canada. Mike’s son, Nik Lewer, joined the company as a Vice President in 2015 and is now leading the Sales and Marketing efforts carrying the torch lit by his grandfather more than 60 years ago.

Today, the relationships that started with D. C. Lewer continue and have been built upon by the next two generations as new chapters and new opportunities present themselves. 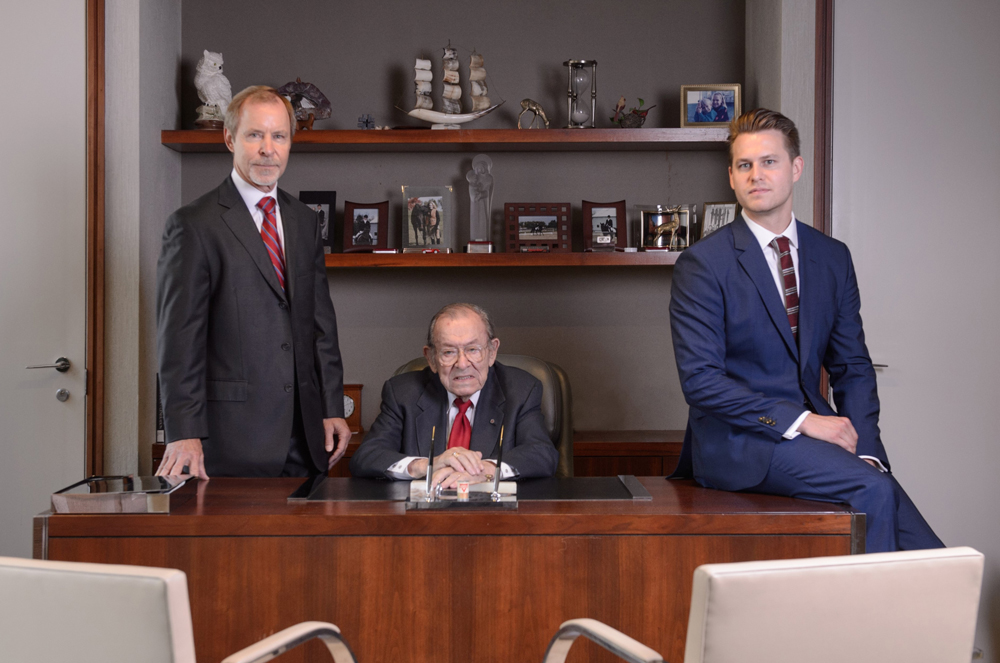 “We have years of DNA,” said Mike. “We have a solid foundation. Like our Founder, I have always been proud of the fact that our company’s headquarters sits on 14 pillars embedded in solid bedrock here in Kansas City. That’s where we are as a family business.”